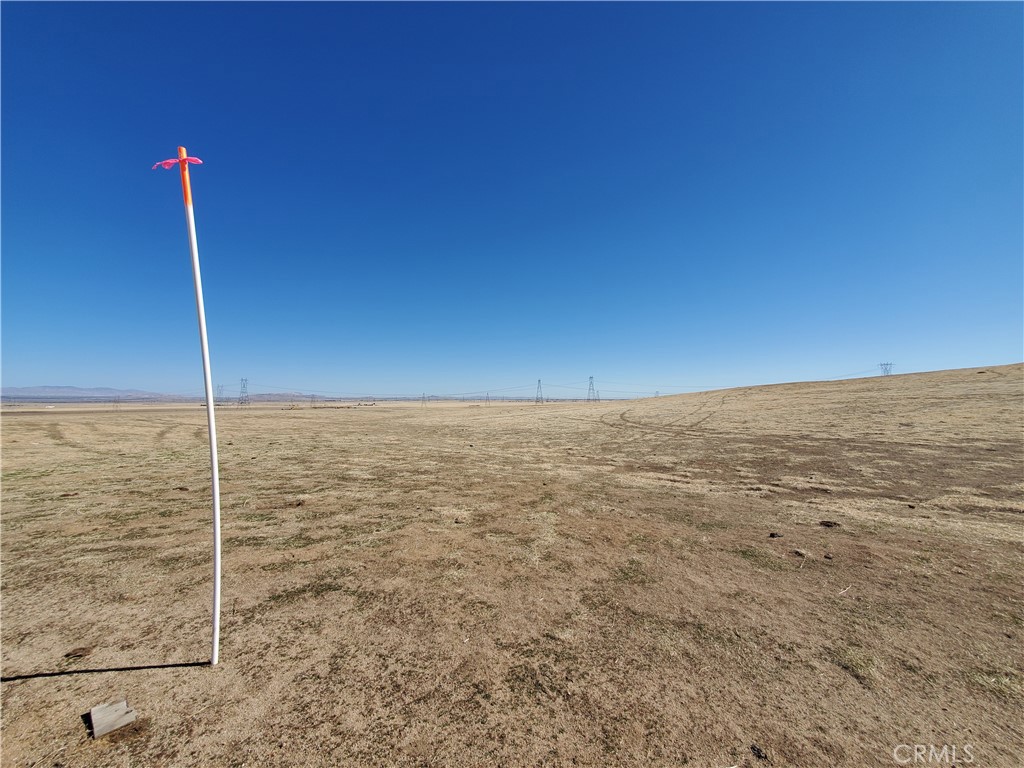 Google Street View is not available
at this location.
See larger map / directions
Go See This Home Request More Info Save
2.48 Ac (APN: 3263-016-032) GPS: 34.757419, -118.369670 Seller Financing Available: only $5,000 down and a First Trust Deed of $8,850 at 6 % interest for 2 years. Monthly payments to be $392.24 until paid. This 2.48 acres is west of Lancaster, CA. This property is 2.7 miles outside of the city limits of Lancaster. The area is mostly small ranches or farms. According to the Los Angeles County the property is zoned A-2-2 Heavy Agriculture. Single family residences, crops, greenhouses, raising of cattle (horses, sheep, goats, poultry), animal hospitals, dairies, dog kennels and livestock feed lots are permitted uses in the area. Electricity is approximately 1.2 miles north but solar may be an option for any off-grid development. Residents in the area have private wells for water, propane tanks for gas and septic systems for sewer. Lancaster is separated from the Los Angeles Basin by the San Gabriel Mountains to the south, and from Bakersfield and the San Joaquin Valley by the Tehachapi Mountains to the north. The city has continued its growth since the 1930's. Lancaster is now home to major defense contractors such as Boeing, Northrop Grumman, Lockheed Martin, BAE Systems, and government agencies, such as the NASA Armstrong Flight Research Center, which are all active in design, testing, and manufacturing of a variety of military and commercial equipment. GPS: 34.757419, -118.369670

Walk Score®: The Walk Score for this address is out of 100. Walk Score measures the walkability of any address using a patented system. Visit the Walk Score website for more information.
Print
Last Checked For Updates: 10 days We update property info including price, photos, sale status and more as soon as it’s available. ago Status: Active Views: 2
Popularity 6/10" Popularity is a measure of how many people have viewed a particular property on the CENTURY 21 Real Estate website relative to how many people have viewed other properties in the area within the last 30 days. We use a scale of 1-10, with 10 indicating the highest level of interest.
Indicates Highest Rating
Popularity: 10/10
Indicates Low Rating
Popularity: 1/10

Add your own private notes about this home.

Sorry! We don't currently have any home value estimates for 0 Ave E4 Avenue

Activating this element will cause content on the page to be updated.

Disclaimer All mortgage calculations provided by ZapLabs LLC. Calculators provided for estimating purposes only. Consult with your lender to determine precise payment requirements.

*Neither Century 21 Real Estate LLC nor its affiliated companies, or any of their franchisees, provides or is responsible for any product or service offered by Home Partners of America.

Nearby Homes For Sale

0 Ave E4 Avenue is a Land for sale in Lancaster, CA. Currently listed for $13,950, this property features a 2.5 Acres square foot lot . 0 Ave E4 Avenue has been on CENTURY 21 for 0 days. This listing is provided courtesy of LANDCORE REALTY. Want to view more homes for sale in Lancaster, CA? View all the latest MLS listings and explore photos, maps, schoolrankings, real estate agent reviews, and more - all on CENTURY 21.